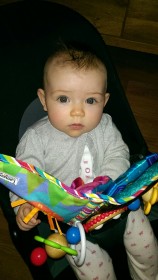 Did you know that some of them are now taking up to 18 months to learn to walk!  18 months!

I mean, how can you justify lounging around for 18 months and then when you finally do get round to walking you’re rubbish at it?  What’s the excuse?  They must be stupid.

No wonder the world is going down the pan.  I blame lazy, incompetent babies. 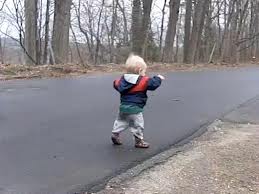 Career change is more a process than a decision.  It is not something you can just do, like leaping off a mountain, but a process to commit to, one behaviour at a time.

Very often this means that we have to try something new, and we often fail the first couple of times we try.  Sometimes we fail over and over…just as we did when we first learned to walk.

Back then trying and failing was treated as normal – and even fun.

Yet when we do this as adults, our minds savage us.  You stupid idiot!  You should have changed career years ago!  Now it’s too late!  You’ve missed your chance!

I want you to imagine now saying those words to a toddler taking its first steps.

Of course, it makes no sense to treat a baby in the way that we treat ourselves, especially when we are learning and developing.

We know that babies would not change, or grow, or thrive if we did.