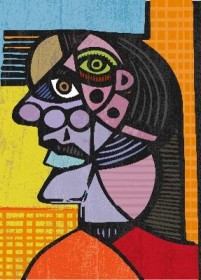 “Following today’s devastating result for the national team, I take full responsibility for the most unfortunate choice of coach, which has resulted in such a poor image of the national team being put before the fans.”

It is November 2014 and Giorgos Sarris, the head of the Greek Football Association, has just sacked Claudio Ranieri, a genial 62 year old Italian manager, after losing to the tiny Faroe Islands.

It was beyond embarrassing, and the end for Ranieri after only 4 games in charge.  It was also probably the end of his career.  His quirky, kindly personality seemed out of kilter with the hard realities of modern football.

At that time, Leicester City Football Club were rooted to the bottom of the English Premier League.  After a record 13 match winless streak they were certainties for relegation, which was really no surprise – Leicester are one of the ultimate ‘yo-yo clubs’.

Meanwhile the league title was again being won by Chelsea, a team managed by Jose Mourinho who had replaced Ranieri some years previous.  Mourinho was the opposite of Ranieri; knowing, calculating, snide.  He is the kind of man who stamped on insects as a child. Even his jokes contain a bitter aftertaste.

But Mourinho seemed modern, Ranieri a relic.  Chelsea, at the top of the league, had the manager and the money.  In contrast Leicester had 20% of the budget of Chelsea, and were facing certain relegation.

The following season started out like any other, but then unfolded as though reimagined by Picasso, as one by the established realities were inverted:

The odds of Leicester winning were 5000-1 against.  To put that into perspective, the odds of finding Elvis alive today are 2000-1.  It was unthinkable, impossible.  The greatest upset in sporting history.

And at the helm of this towering, absurd achievement was a man called Claudio Ranieri.

There is now a cottage industry re-examining the leadership secrets of Leicester’s rise.  Of course Ranieri is no longer seen as a relic.  Now he is seen as having an ability to keep things light and deflect pressure, to ‘make his players believe’.

Certainly for months he had joked with the press, smiled with the fans, laughed at any talk of winning the league.  Suddenly he seemed a refreshing alternative to the cynicism of Mourinho.

But from a psychological perspective, there is one standout lesson from this incredible tale.

The (Limited) Power of Thinking

The psychology behind their success lies in being able to hold thoughts lightly, whilst focusing on constructive, workable actions in each moment.

Of course this isn’t easy.  Although thoughts are not reality, they feel like reality.   This is fusion – the process of seeing thoughts and reality as the same thing.  Fusion can be very useful, especially for survival.  But it can also limit our ability to thrive because our thinking can be so limited, prone to bias and swayed by ‘wisdom’ which turns out to be wrong.

Even now it feels wrong for Leicester to be champions, which is perhaps why so many people say that it still feels more like a dream than reality…

What does this have to do with career change?

So many people today feel trapped in jobs they don’t enjoy.  Yet the traps are really set by fusing to thoughts like:

Whilt these stories may contain elements of fact, they are not reality. We feel trapped by these thoughts, but we are not trapped in a way that say, a dog would understand.

The problem is that when we buy into our thinking and stories wholesale, we risk acting within the confines of the story and failing to author our own story.  We fall into the comfortable illusion that there is nothing to be done, events are outside of our control.

And this is what Leicester have really taught us.  It is not ‘if we dream it, we can do it’ – most of us would find this impossible.

The skill we can learn is to hold belief (and disbelief) lightly, acknowledging that our own thinking is limited; an artist’s impression of the real thing.

Fusing to stories of hard luck or powerlessness may make life easier in the short term, but it also makes it smaller.

Leicester have shown us that reality is far from what our minds tell us it is.  If we learn to hold our thoughts lightly, and focus instead on workable behaviours in the direction of what really matters to us, then the world opens up.

And just occasionally, we far exceed what we can ever have imagined.

« Thoughts vs Values in Career C...